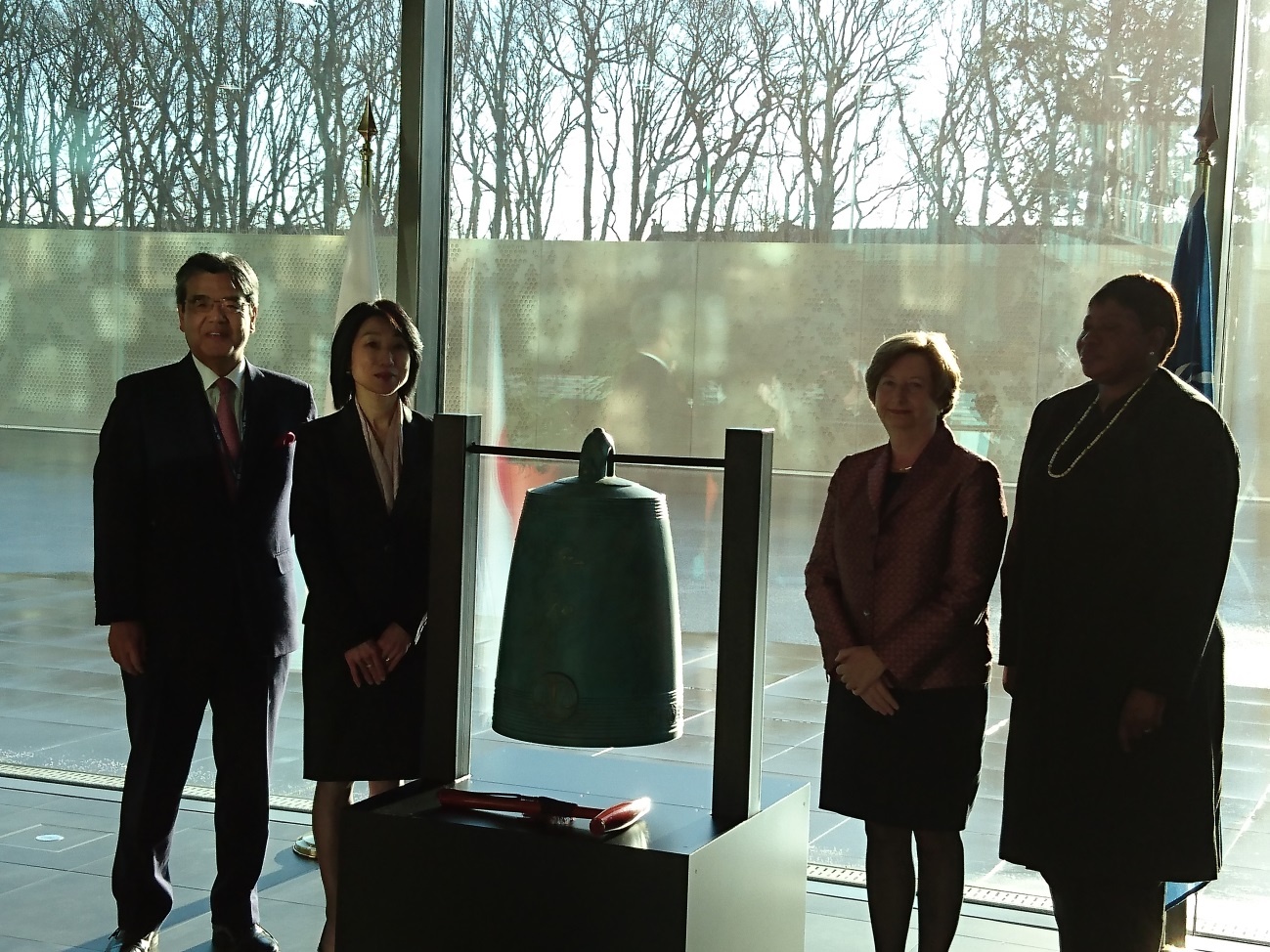 1.    On January 24, the unveiling ceremony of the “Peace and Justice Bell” took place at the International Criminal Court (ICC) in The Hague, the Netherlands. The ceremony was attended by Mr. Hiroshi Inomata, Ambassador Extraordinary and Plenipotentiary of Japan to the Netherlands, and Ms. Naoko Saiki, Director-General, International Legal Affairs Bureau, Ministry of Foreign Affairs of Japan, representing the Government of Japan. Also present at the ceremony were Judge Silvia Fernández de Gurmendi, President of the ICC, Ms. Fatou Bensouda, the Prosecutor of the ICC, and other officials from the ICC.

2.    The donation has been made in response to the call by the Assembly of States Parties to the ICC Rome Statute to contribute to the permanent premises of the ICC in commemoration of its opening. The Government of Japan has donated the “Peace and Justice Bell”in support of the ICC’s resolution to enforce international justice and pursue peace through prosecuting and sentencing individuals who have committed the most serious crimes of concern to the international community as a whole.

3.    In the Japanese tradition, bells are often used in prayers for peace. For instance, the Hiroshima Peace Bell, which was cast in 1967 by the late Mr. Masahiko Katori (1899-1988), a renowned bronze artist and bell-caster in Japan, has since served as a symbol of peace, rung once a year at the annual Peace Memorial Ceremony of Hiroshima. Japanese bells have been donated and rung on commemorative occasions to pray for peace in different parts of the world, including the Peace Bell at the United Nations headquarters and the bell for world peace and the eradication of drug abuse at the United Nations Office in Vienna.